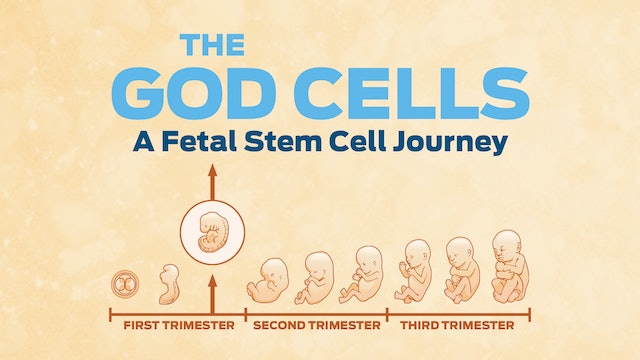 Have a question about this documentary or the subject matter within it? Ask the director, Eric Merola, a question - he loves to answer questions! Email him at: info@stemcellsmovie.com

Stem Cell research and therapy have been growing at a rapid rate over the past 15 years. Scientific advances coupled with consumer demand has proven that stem cell therapy is the wave of the future, and is poised to change the face of medicine.

Originally harvested by abortions, Fetal Stem Cells are arguably the most contested and controversial form of stem cell therapy to date. Not only does this technology face enormous religious opposition, but commercial and regulatory agencies wish to slow down the approval process for fetal stem cells due to profit and market reasons—creating an atmosphere for a seemingly insurmountable dilemma.

Quoting the President of “CIRM” (California Institute For Regenerative Medicine), which is the largest publicly funded stem cell research agency in the world:

“The demand is real, patients with current unmet medical needs are desperate and require this therapy, but the current regulatory and industry hurdles are making it near impossible for us to do our job and get these important stem cell therapies to those people in need. Because of this, many scientific organizations are taking their technology abroad to appease patient demand, because they feel the current regulatory
hurdles are insurmountable.”

Internationally-award-winning documentary director Eric Merola places himself in front of the camera for the first time, as he documents his entire 3-day fetal stem cell treatment procedure in Kiev, Ukraine. During this journey to Kiev, Mr. Merola also tours the largest fetal stem cell laboratory in the world, and interviews the clinic’s original co-founder.

This documentary follows patients from all walks of life who sought fetal stem cells for a variety of reasons: including Autism, Parkinson’s, Multiple Sclerosis, Muscular Dystrophy, Lupus and Chronic Lymphocytic Leukemia. Also included are interviews with some of the patients’ doctors, who were once highly skeptical, but now stand baffled by the full remissions their patients have achieved due to fetal stem cells.

Research for this project began in March, 2014. Starting in October 2014, Eric Merola and his production team began filming patients in Tijuana, Mexico every month for more than 12 months. Eric Merola also traveled to Kiev, Ukraine where he received fetal stem cell therapy himself, while also touring and documenting the laboratories that develop fetal stem cell technology.

Merola’s production team also traveled across the United States visiting many patients in their homes, interviewing their doctors, and following up with them overall—before, during, and after receiving fetal stem cell injections.

Perhaps one of the most valuable accomplishments for The God Cells effort was the cooperation and inclusion of The California Institute For Regenerative Medicine (CIRM), which is the world’s largest publicly funded stem cell agency in the world. CIRM offered their perspective on the current climate surrounding stem cells, while justifying the reality that people will continue to seek stem cells abroad until they can successfully tackle the seemingly insurmountable regulatory roadblocks back home in America.

Right-click this and copy the link address.

Watch on your Television

Watch on your Computer